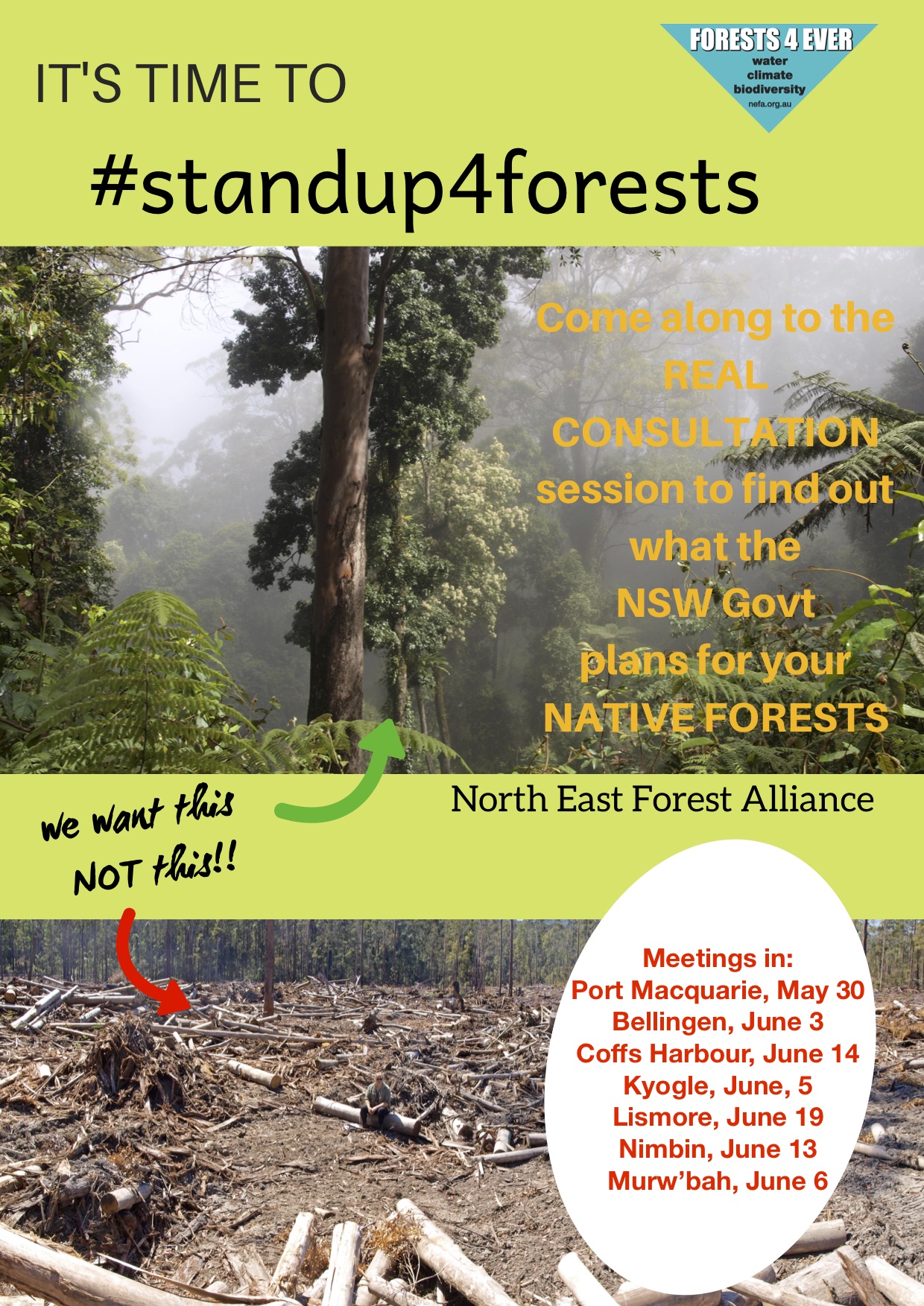 “While the Government has documents open for comment, we know the destructive outcomes are already pre-determined. Conservationists were explicitly barred from being able to provide information or comment to the Natural Resources Commission during the drafting phase. And now, unlike the fanfare about the koala strategy a few weeks ago, there is minimum publicity being sought by Government Ministers about the weakening of the logging rules.

“If the proposed rules are implemented, every population centre on the north coast will see its water yields drop as intensive land clearfell logging dries out the catchments. There will be increased erosion and sedimentation of streams from decreased stream buffers. The extinction cliff for many of our native animals and plants will be reached faster as there will no longer be a requirement to look for them prior to logging. The carbon storage capacity of our forest estate will be greatly diminished as logging intensity increases and the dense, young regrowth is more flammable than the mature forests it replaces.

“All this at a time when climate change is accelerating and the planet's temperature is rising. We need now to be protecting our future by maximising the shade, natural water and carbon storage, while connecting habitats to enable animals to move to more suitable areas,” she said.

“As well, our earlier predictions that areas of forest that have been off-limits to logging for the last 20 years will now be logged was correct. Areas of oldgrowth, stream protection buffers, high quality koala habitat are to be sacrificed to meet wood contracts. The logging industry is now engaged in a last gasp hunt for the few remaining bigger trees. Most of the smaller logs it has to clear to get to them, are the new export woodchipping industry. But this time they are for fuel in wood-fired power stations, rather than pulp for paper.

“When it comes to forestry in NSW and across Australia, we are going backwards. We are seeing more intensive logging for lesser value products. This is the modern equivalent of whaling. Only a social movement will stop them. Government is well and truly in their pocket,” Ms Russell said.